PCC concerned about lack of justice for prison officers when assaulted 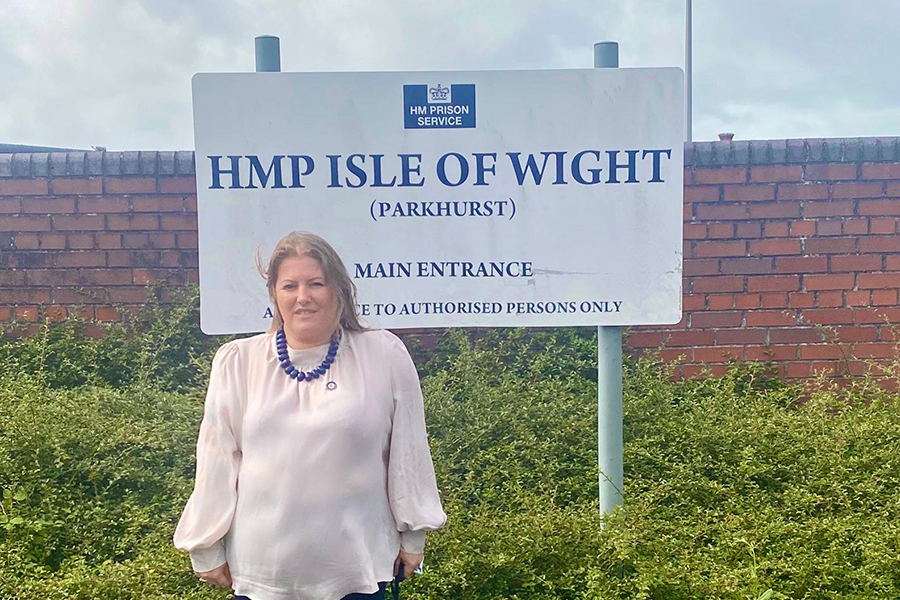 On her second visit to the Isle of Wight since taking up office in May, Police and Crime Commissioner, Donna Jones, heard how prison officers feel that they are not being treated fairly when they are the victim of an assault in the line of their work.

Ministry of Justice data shows there were 7,479 assaults on prison staff nationally in the 12 months to March 2021.

Commissioner Jones said: “Attacks on prison staff are totally unacceptable. As the Police and Crime Commissioner for the Isle of Wight it is my responsibility to ensure crimes committed against prison staff are dealt with correctly.  Staff have advised me of lenient sentences being handed out and on a concurrent rather than consecutive basis and cases being NFA’d by the CPS, with advice that the prison should deal with the issue internally.

“Victims come in all forms and offences against a prison officer must be sentenced fairly, as they would be if it were a member of the public.”

During her visit, the Commissioner met with Governor Dougie Graham, had a tour of the prison estate, and learned about the challenges the staff at the prison have been facing and the impact the pandemic has had.

The Police and Crime Commissioner provides a Restorative Justice Service that any victim of crime can access to gain answers to their questions and help recovery. In recognition of the issues in prisons, the service is currently additionally grant funded to provide a bespoke course to deal with prisoner on prisoner and prisoner on staff threats and assaults within HMP Isle of Wight and HMP Winchester.

HMP Isle of Wight has volunteered to be involved in this RJ initiative to help support and reduce levels of violence within the prisoner population.  Joint meetings have taken place and there are currently three violent prisoners on the scheme.  This will be reviewed in September with a view to expanding the initiative to the wider prison population.

The aims of the course are: