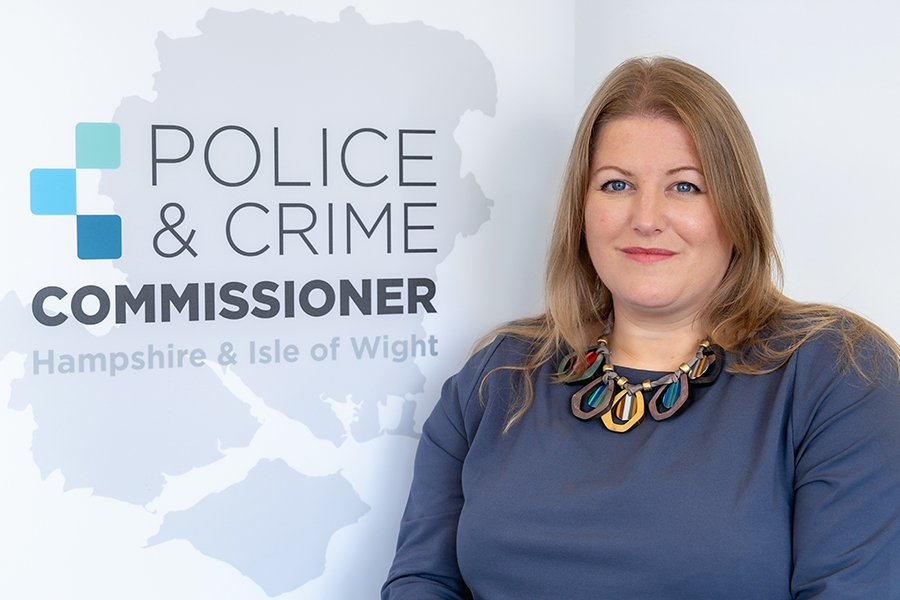 Police and Crime Commissioner Donna Jones is urging residents to share their views in the annual police budget precept consultation.

With over 60% of council taxpayers in the Hampshire Constabulary policing area living in properties that are Band A-C the majority of people would see an increase of less than £10 a year.

The Commissioner is asking local residents to complete an online survey and/or to sign up to a focus group to ensure they have their say:

HAVE YOUR SAY – TAKE THE SURVEY (now closed)

Commissioner Donna Jones said “As your Police and Crime Commissioner I am committed to ensuring that your police precept is spent wisely and delivers best value for money. I am committed to reducing wasteful spending across policing, to ensure we employ the maximum number of police officers possible.

Your support of an increase in the policing precept for the year ahead, will be spent on increasing police numbers in order to detect more crime and improving our police service. In my Police and Crime Plan ‘More Police, Safer Streets’ I have committed to the recruitment of 600 additional police to compliment the Government’s national uplift programme.

Through the increased visibility of neighbourhood police officers, I want communities to be safer and feel safer too. With more police officers and better budgeting you will see greater focus on tackling the crimes that matter to you like: anti-social behaviour; scams and fraud, as well as greater targeting of rural crime and tackling serious violence and knife crime.

Long call wait times, repetitive messages, no feedback, and a perceived lack of action are some of the comments I have received about the 101 service. With an increase in police funds from the police precept, I will make it easier for you to report crime and receive feedback via the Hampshire Constabulary website.

Preventing crime from happening in the first place and diverting young people away from the criminal justice system needs investment. I will be increasing my commissioning budget by £1million to fund specialist services to stop the cycle of criminality. This will be achieved through early intervention programmes with young people and those vulnerable to becoming victims.

Your support of policing services and the completion of this budget-focused survey, is greatly appreciated.”

The survey will run until Monday 3 January 2022.