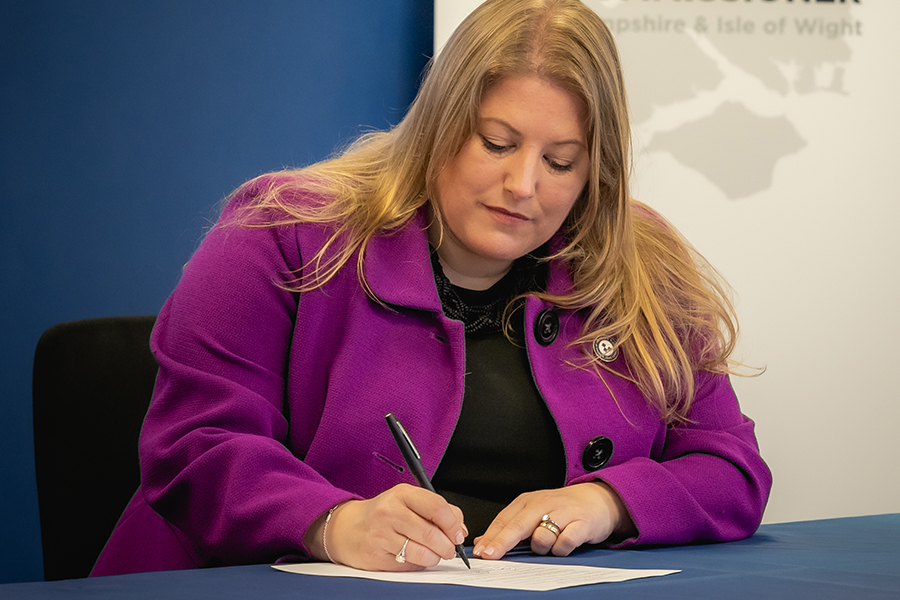 The Police and Crime Commissioner, Donna Jones, has gained support from the Police and Crime Panel to increase the police precept of the council tax by 19p per week (based on band D properties) to support policing and prevent crime.

The 4.4% increase (£10 per year based on Band D properties) will raise an additional £7million for Hampshire Constabulary in 2022/23. It will enable the recruitment of more police officers; investment in the 101 service to improve call handling times; additional investment in crime prevention, and the commissioning of services to prevent young people committing crime and to support victims of crime.

An increase of 19p per week (based on Band D properties) will support the delivery of the Commissioner’s Police and Crime Plan ‘More Police, Safer Streets’ and fund new initiatives including:

Police and Crime Commissioner, Donna Jones said, “I would like to thank the Police and Crime Panel and the public for their support of my annual budget 2022/23. The additional funding will support the delivery of the priorities set out in my Police and Crime Plan ‘More Police, Safer Streets’.

“It will achieve the recruitment of 196 new and additional police officers; improvements to 101 to reduce call waiting times and introduce feedback for all crimes reported; investment in modern, safe and secure police buildings, and additional commissioning funds to prevent crime, divert young people away from crime and improve services for victims.

“These will all help to make Hampshire and the Isle of Wight two of the safest places to live, work and visit without fear of crime”.

Chief Constable Olivia Pinkney said, “Local funding helps us to take the fight to criminals. There is a compelling operational case for an increase. It isn’t something I take lightly, and I would like to thank the public and the Police and Crime Panel for the support they have shown.

“Since April 2021, Hampshire Constabulary has arrested 2,000 more people compared with the previous year, with 714 of these being in cases where violence has caused injury. PCSOs numbers have been maintained and we are on track to deliver the additional 600 police officers commitment, having already recruited an additional 427 officers.

“Increasing police officer numbers once they are trained benefits neighbourhood teams, response and patrol teams, roads policing and our investigations. It also better supports specialist areas such as safeguarding and victim care. We are further growing our rural policing teams, and investing further in our 101 call centre in response to feedback from the public. None of this would be achievable without the support we have seen from the public across Hampshire and the Isle of Wight.”