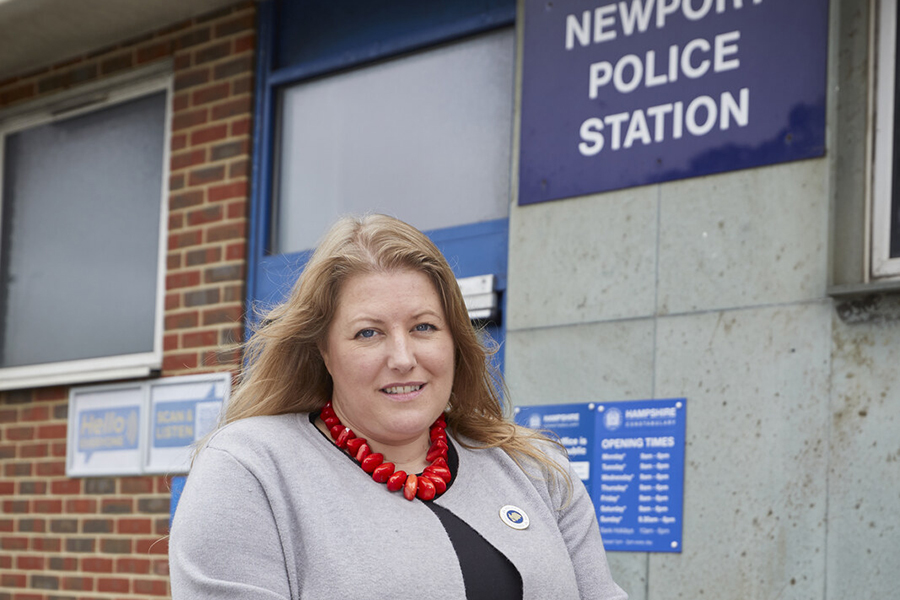 Police and Crime Commissioner, Donna Jones has been successful in securing the government’s support for her bid to change the name of Hampshire Constabulary to include the whole police force area by adding, ‘Isle of Wight’ to the formal legal name.

The campaign, which started early in 2021 has taken a big step forward, following a letter from the the Minister of State for Crime, Policing and Probation, Rt.Hon Kit Malthouse MP.

Commissioner Jones announced her bid to change the police force name on her first visit to the Isle of Wight (post her election) in June 2021. She launched a consultation to give residents the opportunity to have their say and indicate their support for the name change before writing to the Home Secretary to seek her support.

The rebranding and name changes on police uniforms, cars and buildings will be phased in as equipment is changed and updated. This will prevent any public money being wasted on the name change. There will be minimal immediate costs incurred to amend legal documents in the production of court orders and other legal documents thus avoiding costs of a rebranding exercise.

Donna Jones said, “I have received strong support from residents to include the words ‘Isle of Wight’ in the name of Hampshire Constabulary. People on the Isle of Wight indicated to me throughout 2020 / 2021 that they feel disconnected from the mainland. This is not helped by the name of the force being ‘Hampshire Constabulary’. I am delighted that my bid to include the Isle of Wight in the police force area name has been successful and will now progress to seek Parliamentary approval.

Bob Seely MP said: “I am delighted the name change is being taken forward to recognise that the force covers both Hampshire and the Isle of Wight. It is important that the Island receives its fair share of support and is not overlooked.

“I am pleased that Donna listened to the voices of Island residents and set about making this change. I think she will be an extremely strong Police and Crime Commissioner and I look forward to working with her to address the Island’s needs.”

Chief constable Olivia Pinkney said: “It is welcome that the people of the Isle of Wight have been able to have their say, that their views have been listened to, and that there is a clear commitment to avoid any unnecessary public cost.”

In his response to the Commissioner, The Minister of State for Crime, Policing and Probation, Kit Malthouse MP, thanked the Commissioner for her representations on the name change and said: “I can confirm that I have instructed officials to take steps to bring forward legislation to change the name of the Hampshire police area to include the Isle of Wight.”

The exact timeframes for implementing the regulations will be subject to availability of Parliamentary time, though the name change is unlikely to be implemented before Summer 2022 (subject to Parliamentary approval).