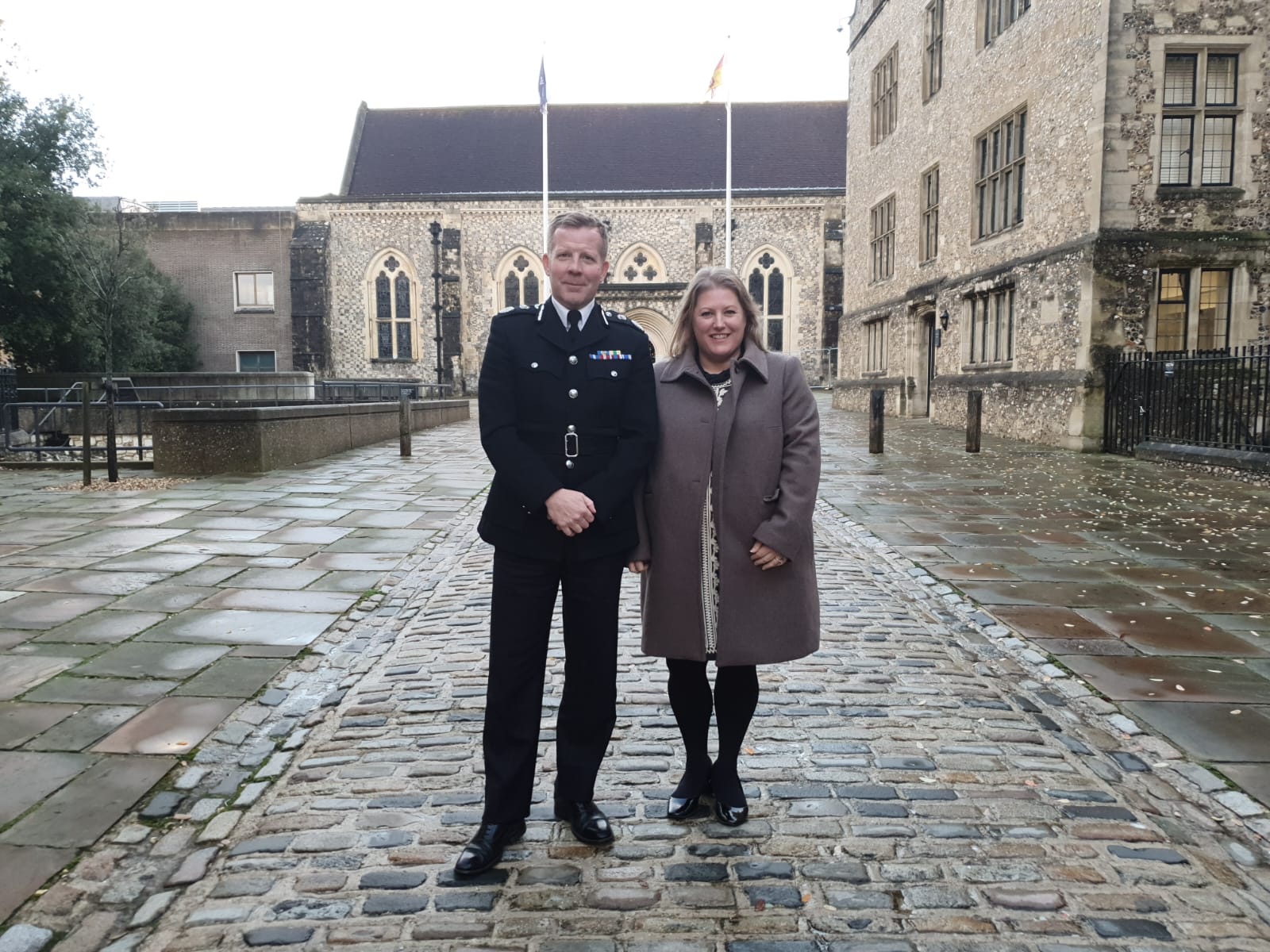 He will take over the role from Olivia Pinkney who announced her decision to leave policing earlier this year after 31 years’ service.

Police and Crime Commissioner Donna Jones, who proposed Scott Chilton to the panel following a rigorous selection process, said: “I am delighted that Scott will be the next Chief Constable of Hampshire & Isle of Wight Constabulary and I would like to take this moment to congratulate him.

“I know he is an ambitious officer with an outstanding record, who brings with him a wealth of experience from his extensive policing career. I am very much looking forward to begin working with him on our shared vison to make Hampshire and the Isle of Wight the safest counties in the UK.”

Scott Chilton joined Hampshire and Isle of Wight Constabulary in 1992, working his way through uniformed policing before joining CID in 1996 and spending the next 16 years as a detective progressing through the ranks to Chief Superintendent.

His time there included a tour of duty overseas in Afghanistan in 2008, where he led the tackling of corruption and police reform on behalf of the Foreign and Commonwealth Office. He has also previously headed Hampshire Special Branch, been a Crime and Operations Commander in western Hampshire, and led the Joint Operations Unit across the Hampshire and Thames Valley areas.

He worked his way up to Assistant Chief Constable (Crime, Criminal Justice and Intelligence) at Hampshire and Isle of Wight Constabulary, where he was strategic lead across all investigations teams, custody, the wider criminal justice system and intelligence. He joined Dorset Police in July 2020 as Deputy Chief Constable and was then promoted to Chief Constable in July 2021.

Chief Constable Chilton said: “I am honoured to have been chosen as the next Chief Constable of Hampshire & Isle of Wight Constabulary and look forward to working with Police and Crime Commissioner Donna Jones to keep our communities safe and deliver the best policing services we can.

“It’s a real privilege to be the first home grown Chief Constable in the force where I began my career in policing, and to be given the opportunity to lead the dedicated and committed officers, staff and volunteers.”

Scott Chilton is due to take up the role at the end of February 2023.

Chairman of the Hampshire and Isle of Wight Police and Crime Panel, Simon Bound, said: “The Panel has agreed that Scott Chilton is an excellent candidate for this position. His answers to questions posed by the Panel have demonstrated that he is very suitable for the role. Hampshire and the Isle of Wight will have a new Chief Constable of very high calibre.”