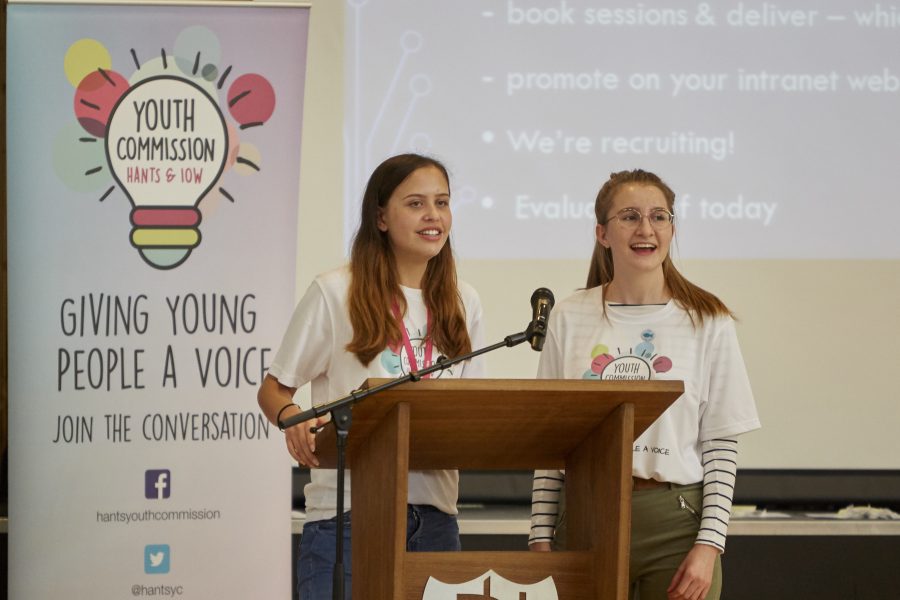 School pupils across Hampshire Policing Area will be able to benefit from a Cyber Ambassador scheme.

In 2017/18 the Commissioner’s Youth Commission piloted the peer led Cyber Ambassador Scheme with seven secondary schools and nine primary schools after a survey highlighted cyber safety as a big concern for young people:

The Cyber Ambassador scheme enables skilled-up, informed pupils to educate and offer advice and support to their peers on staying safe online.

Members of the Youth Commission designed the materials and delivered the training to schools in the pilot scheme. For secondary schools this covers issues such as sexting, cyber stalking and grooming.

The Commissioner has now agreed to roll out Cyber Ambassadors following overwhelming positive feedback for the pilot. Evaluation of the project found that the flexibility of the scheme made it easy for schools to implement and it successfully met the cyber needs of students. Peers educating peers proved a powerful approach, particularly for secondary level students.

Police and Crime Commissioner, Michael Lane said: “Cyber security for all ages really matters. Our lives are increasingly played out online, with younger people in particular making the most of the benefits that technology can bring. However those who wish us harm are also increasingly using technology, they are clever and we all need to understand the risks these people and their activity creates. I congratulate my Youth Commission for all their hard work in creating and delivering such a successful pilot.

“I am delighted to be able to roll out the Cyber Ambassador scheme so many more young people can take the opportunity to learn how to be safer online.”

Sophie Smith, 23, Youth Commission ambassador, said: “For many young people, social media is an extension of themselves and an expression of their identity. The Cyber Ambassador project has utilised that, by empowering young people to be part of the solution, rather than diminishing their ability to adapt to a continually advancing online world. It has been incredibly rewarding to see what the cyber ambassador project has achieved as well as its potential to reach more young people in the future. I feel privileged to be a part of that process”

Schools that took part in the pilot are: