Police and Crime Commissioner Donna Jones, the owner of the police estate, has officially opened the new Hampshire Constabulary Response & Patrol base in Bitterne, Southampton.

Southampton is serviced by police stations in the city centre as well as Portswood, Redbridge and Hightown. The new location on West End Road, Bitterne provides an increased police presence in the east of the city. Response and patrol teams will be based at the new site, helping to improve response times for 999 calls. The site has parking for police vehicles and has a high street presence.

Commissioner Jones said: “I am really pleased to open a new police station within my first year as Police and Crime Commissioner. Bitterne is a great high street location, and this new base contributes to working space for the hundreds of new police officers we have recruited, and provides reassurance and a service to the public. The lease on the new police station site enables time to provide a fit for purpose police station for the long term.” 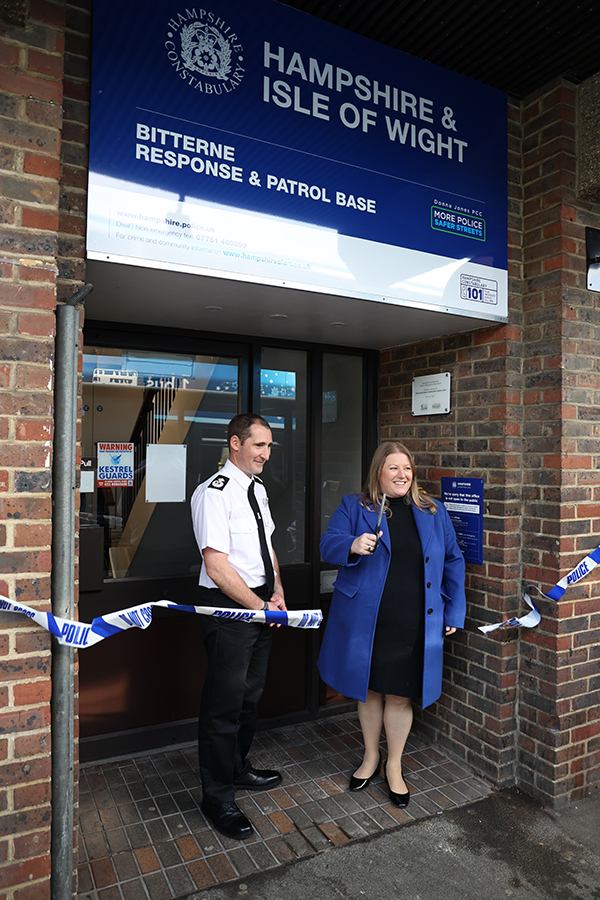 Deputy Chief Constable Ben Snuggs of Hampshire Constabulary said: “The opening of Bitterne police station is going to make a real practical difference to our operational policing in Southampton. Through the support of our Police and Crime Commissioner, being able to open and locate this new response base on the east side of the city is good for us and good for our communities. It will help us respond right across the city more effectively and enable us to be more visible to the public we serve. Better response, better public service and being more visible are right at the heart of what it takes to be effective in policing and we are grateful for the PCC’s support in enabling us to achieve this.”