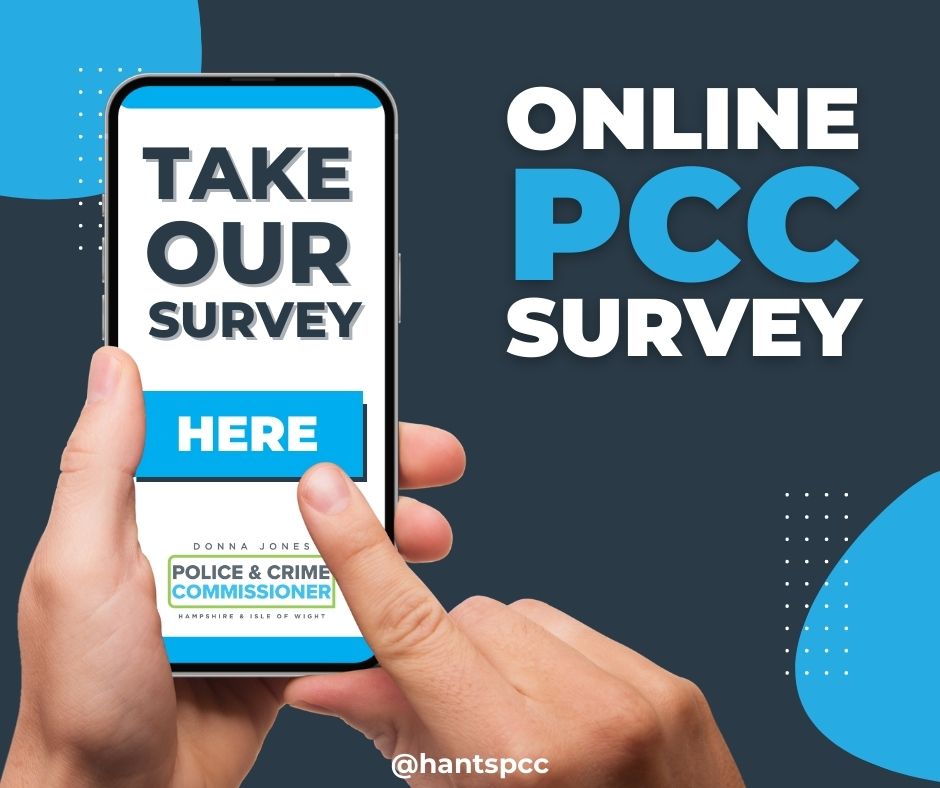 Police and Crime Commissioner Donna Jones is urging residents to share their views in the annual police budget precept consultation.

The government is giving Police and Crime Commissioners the flexibility to increase the policing element of your council tax in 2023/24 by up to £10 per year (based on a Band D property). This year, the Commissioner is asking for the public’s views on increases of £5, £6, £8 and £10.

The Commissioner is asking local residents to complete an online survey and provide feedback.

The consultation starts today, October 31, and will close at 11.59pm on Sunday 4 December, giving residents five weeks to submit their views.

In addition, for those who are not online, paper copies will be available at local libraries from November 7 until the end of the consultation period.

Police and Crime Commissioner Donna Jones said: “I know this is a very difficult time financially for the country, and potentially for you as an individual, and I am conscious that any rise in your council tax to support policing will come at the same time as other costs are also increasing.

“However, it is also a difficult time for funding your police force; policing is not immune to the cost of living crisis and therefore the 2023/24 budget is being set against the backdrop of a challenging economic environment with general inflation, pay costs, utilities and fuel costs all rising.

“For example, the cost increase for police officer pay is over 5%, and general inflation is running at 10%; our forecast increase in government grant is only 1.1%, so this creates a funding shortfall for next year.

“One option available to me to reduce the funding shortfall is to increase the police council tax.

“The maximum I am allowed to increase the council tax by on a Band D property for 2023/24 is £10 per annum (a 4.2% increase, significantly below inflation), which is  an increase of 83p per month. If I increase by the maximum for residents in property Bands A-C, the increase would equate to less than 83p a month, and for properties in Bands E-H it would be more than 83p per month.”

“I have ensured this year that there are other options less than £10 per year, so that you make this choice carefully.”

“If I don’t increase the council tax for 2023/24, I will need to work with the Constabulary to implement savings, with an inevitable impact on the overall service level which can be provided. This would not be my preference; I see first-hand day in day out the vital work which the Constabulary undertakes to keep the residents of Hampshire and the Isle of Wight safe, and I would not wish to see this compromised.

“However, I know that any increase in the amount you pay must be considered carefully. I also hear very loudly that you want to see more officers in your communities. That’s why it’s so important that you complete this short survey and have your say on continued investment.

“With yours and the government’s support, I am on track to have recruited 600 more police officers in Hampshire and on the Isle of Wight by March 2023, hitting a 25% increase in police officers responding to emergencies and patrolling the beat.

“Through this, I am making your police force even more local, visible and accessible. More police means more deployments, more crimes solved, and safer streets.

“By completing this survey, you will really help us set the budget and the council tax precepts for policing for the next financial year. I want to hear your feedback so I can represent your views on where you want your money to go.

“I have opened this survey for five weeks to hear from as many people as possible.

“Thank you for your ongoing support and feedback. Your priorities are my concerns.”

Not sure of your council tax band? Go to Check your Council Tax band – GOV.UK (www.gov.uk)

For those who are not online, hard copies of the survey will be in a number of local libraries from November 7.

The list of libraries will be published next week.