Plan for More Police and Safer Streets launched by PCC 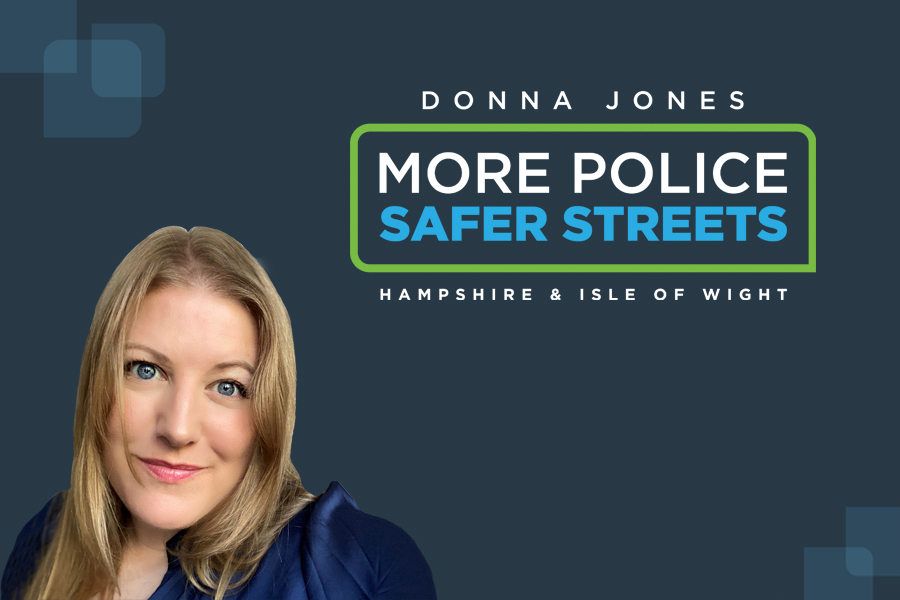 Commissioner Donna Jones has launched her new Police and Crime Plan, ‘More Police, Safer Streets’, which sets the strategic direction and priorities for policing across Hampshire and the Isle of Wight for the next three years. The full Plan can be read at www.morepolicesaferstreets.com.

‘More Police, Safer Streets’ builds on the pledges Commissioner Jones made when she was elected in May 2021 to recruit 600 more police officers, increase visibility and to make communities safer. The Plan features nine priorities for policing including increasing the visibility of the police, setting up an Anti-Social Behaviour (ASB) taskforce to reduce harm, improvements to the 101 crime reporting system and priorities for tackling high harm crimes, such as knife crime, rape and homicides.

The Commissioner said: “My vision is for Hampshire and the Isle of Wight to be the safest places to live, work and visit in the country. ‘More Police, Safer Streets’ sets out the policing priorities for the next three years to achieve this. All nine of the priorities in the Plan gained significant support from the public.

“We need things to change across Hampshire and the Isle of Wight. People want the police to respond to medium and lower level crime reporting and they want to feel safer in their local communities. As your Commissioner that’s my job. By working with the Chief Constable and partners I am going to make our communities safer for you and your family.”

The priorities set out in ‘More Police, Safer Streets’ are:

Chief Constable Olivia Pinkney gives her support for the Plan: “The Plan set out by the Police and Crime Commissioner is really welcome. The Plan helps me to further develop and implement the operational strategy for the force. The recruitment of the new police officers mean we can be more accessible and visible but it also means we can deal with more crimes that matter to people. More officers will be able to address matters in the Commissioner’s Police and Crime Plan and also bring more offenders to justice, which is what we all want to achieve.”

The Police and Crime Plan ‘More Police, Safer Streets’ can be read at www.morepolicesaferstreets.com, or downloaded from www.hampshire-pcc.gov.uk/commissioner/police-crime-plan. You can also request a printed copy of the Plan by emailing opcc@hampshire.police.uk, calling 01962 871595, or writing to Office of the Police and Crime Commissioner, St George’s Chambers, St George’s Street, Winchester, SO23 8AJ.