PCC Donna Jones pays tribute to Her Majesty the Queen 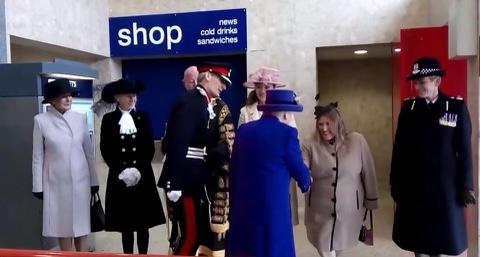 “Her Majesty was a true professional, always on duty; she gave her whole life to this country” – PCC Donna Jones pays tribute to Her Majesty the Queen

Police and Crime Commissioner for Hampshire and the Isle of Wight Donna Jones has recalled the humbling moments when she met Her Majesty Queen Elizabeth II describing each occasion as a ‘great honour,’ ahead of the Monarch’s state funeral on Monday.

Commissioner Jones said: “She was an incredible woman, for the majority of people living in this country, she is the only Monarch we have known. She was one of the most important influential women in the world, someone world leaders looked up to.

“Hampshire, being the home to the Royal Navy and those who serve in all our armed forces, meant Hampshire was a place she’d often visit.

“When I was Leader of Portsmouth City Council in December 2017, I met Her Majesty at the commissioning of the HMS Queen Elizabeth II, the first of the new aircraft carriers.

“I was fortunate enough to meet her again in June 2019, at the 75th Anniversary of the D-day Landings when veterans and world leaders came together in Portsmouth to mark an important moment in British History.

“I treasure the picture taken welcoming Her Majesty to Portsmouth for the commissioning ceremony. It was a historic day for Portsmouth.

“She was a true professional, always on duty; she gave her whole life to this country.

“I was one of the lucky people who met her.

“My thoughts remain with the Royal Family. They have lost their mother; grandmother and aunt; the head of their family.

“Her Late Majesty’s death has no doubt been a profound moment for the nation. This period of mourning is a time for us to look back and reflect on how she represented Britain over seven decades and the sacrifice she made for the people of Great Britain and the Commonwealth.”