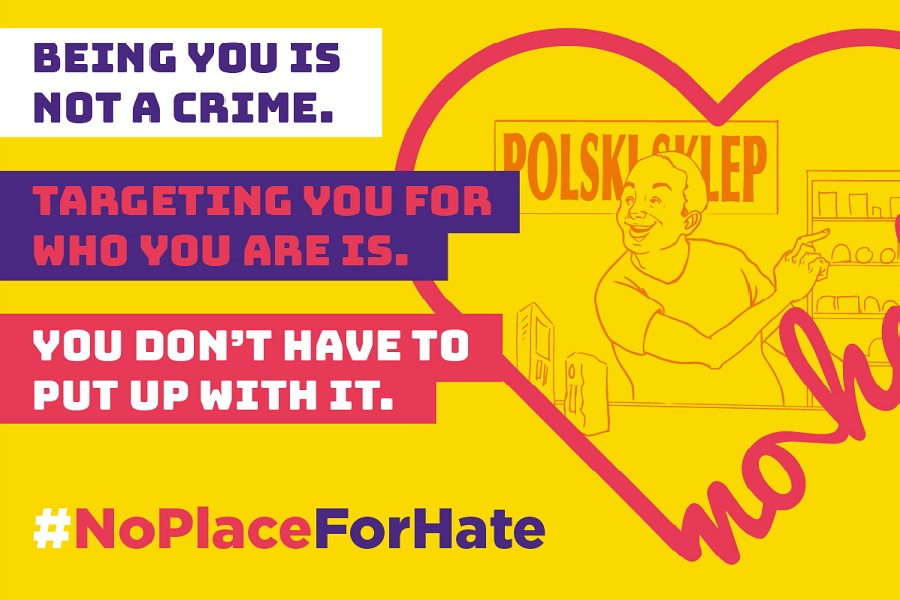 Together with partners from community organisations and Hampshire Constabulary, the office developed a short questionnaire consisting of 10 scenarios which participants were asked to identify as either a hate crime, a hate incident, or neither. Only 3.3% of respondents were able to identify all scenarios correctly.

The most common score was 7 out of 10, with 25.5% achieving this result. However, 43% of respondents scored lower.

Most people didn’t know that posting discriminatory comments and threats against a group of people on social media (for example, against transgender people in general) would be recorded as a hate crime; and that offensive behaviour against women (misogyny) would not be covered under current hate crime legislation.

Police and Crime Commissioner Michael Lane said: “These results show that much more work is needed to not only raise awareness of the prevalence of hate crime, but also the different ways it can manifest in our society. We all have an individual as well as collective responsibility to be able to recognise when someone is vulnerable or at risk of becoming the victim of a crime simply because of who they are.

“As individuals and in our communities we must create inclusive and respectful behaviours towards each other, and call out and report these hateful crimes, incidents and behaviours.”

To address the need for better information, the Commissioner’s office launched its new online hate crime information page this week, which combine everything you need to know about hate crime, how to report it, and the support available to victims and witnesses in one easily accessible place – including a translation feature that makes the information accessible to those communities that may be affected most.