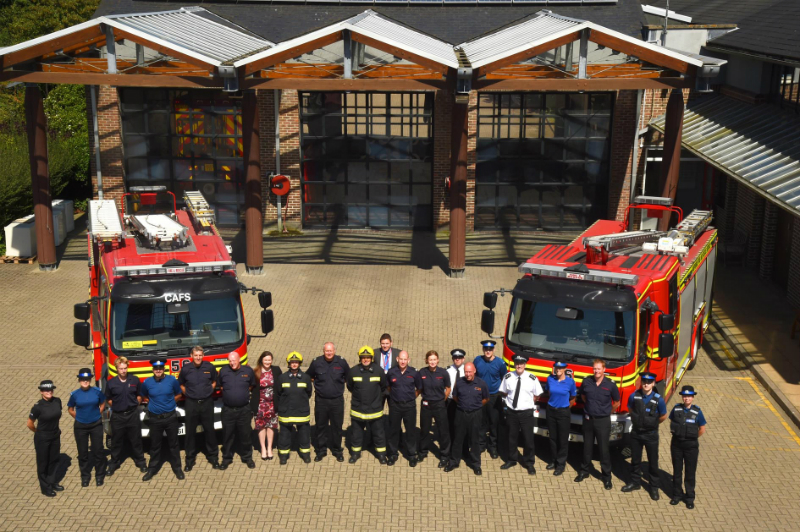 Hampshire Constabulary’s Southampton East Neighbourhood Policing Team officially celebrated on Friday 12 August with staff from both fire and police at the refurbished station.

The team moved from Bitterne Police Station to the fire station on Coates Road, Sholing earlier in June as part of the wider programme of collaborative working and sharing of buildings across the force area. 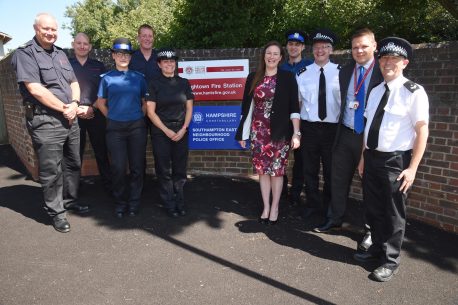 “We are delighted to welcome our colleagues from Hampshire Constabulary to Hightown Fire Station. This is another example of Hampshire’s pioneering approach to collaborative working, sharing community facilities to create more efficient and effective public services.

“Bringing the teams together will benefit the community by promoting closer working and allowing us to support residents in a more integrated way.”

The Police and Crime Commissioner commented:

“This is one of a number of relocations across the Hampshire Constabulary area to keep policing at the heart of the local community through new facilities for policing, refurbishing older buildings and sharing facilities with key public sector partners.

“Hampshire Fire and Rescue Service and Hampshire Constabulary are already successfully working in partnership and these co-located stations are further examples of more effective and efficient ways of working within the community.”

The new police office is not open to the public, but the team will continue to be out working within the local community as they always have been and can be contacted in the usual way via 101, twitter @HantsPolice, email Southampton.north.police@hampshire.pnn.police.uk, or call 999 in an emergency.

The front counter from Bitterne Police Station has already moved to Portswood Police Station.  The closed police station will be decommissioned and sold as part of the Commissioner’s Estate Change Programme.