Mrs Barbara Bailey and her family were invited to Newport Police Station yesterday to receive an award for her service with the Independent Custody Visiting (ICV) scheme.  Mrs Bailey, who has volunteered on the scheme since its inception in the mid-1980s, was delighted to receive the award.

Mrs Bailey, aged 79 from Wootton, said: “It’s important that members of the public are given access to the custody environment, because it provides transparency about policing and custody activities.  I gained a lot of satisfaction from doing a good job.  I enjoyed working with the Police and Crime Commissioner’s office, custody staff and I had a good team around me.”

Elaine Cullen from the Office of the Police and Crime Commissioner thanked Mrs Bailey on behalf of the Commissioner and presented her with the award.  She said “Mrs Bailey has interviewed hundreds of detained people over the years and her care and attention to ensuring their welfare has been remarkable.”  She added that Mrs Bailey was a dependable and reliable leader and had contributed significantly to the development of scheme on the Island. 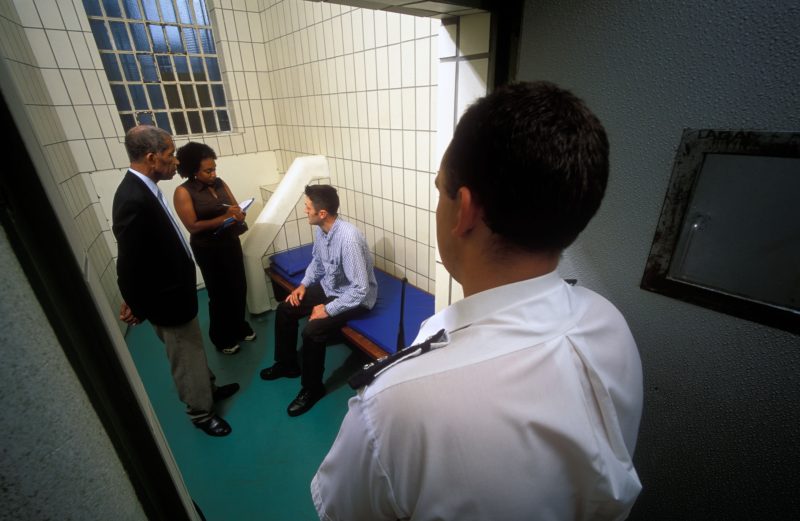 Superintendent Sarah Jackson from Hampshire Constabulary acknowledged that Mrs Bailey had built and maintained a professional working relationship with custody staff and she applauded Mrs Bailey’s public service through her contribution to the scheme.

Custody visiting was introduced following the civil unrest in the early 1980s when there was considerable mistrust of authority and particularly the Police.  An independent monitoring scheme was set up to check on the welfare and treatment of suspects who are held in custody and began in Hampshire in 1986.

Mrs Bailey led a team of volunteers who visited Newport Police Station on a regular basis to ensure that all is as it should be.  Beyond the ICV scheme, Mrs Bailey has also run the Isle of Wight Physically Disabled and Able Bodies Club on the Island for over 40 years.