Over 100 people have now visited the Eastern Police Investigation Centre in Portsmouth, which will open on Tuesday 4 June.

This new policing centre delivers on the PCC’s promise to give this project his focus and priority and it will support his objective to keep us safer. It builds on the successful delivery and introduction of the centre in Basingstoke to bring Constabulary colleagues together for more effective and efficient delivery of the policing service.

During the visits, guests including the region’s MPs, local council leaders elected members and chief executives, colleagues from criminal justice fields, senior police officers, and independent custody visitors, saw the new 36-cell custody suite, and how the centre as a whole looks after the wellbeing of detainees, officers and staff. The Commissioner was pleased to host the visits with the Secretary of State for Defence the Rt Hon Penny Mordaunt MP and local MPs and councillors. The visits were hosted by the project leads from the PCC’s office, and the Constabulary’s custody lead, in order to demonstrate and answer questions about the new facilities.

Preparations for D-Day 75 underway in Portsmouth:

Over 60,000 people are expected to visit Portsmouth next week, as preparations for D-Day 75 step up in Portsmouth and Southsea.  Hampshire Constabulary are responsible for ensuring the safety of veterans, the Queen, visiting dignitaries, and the public. Patrols have already increased in Southsea and mounted units from Thames Valley are also on patrol.  Fencing has been erected along Southsea Common, while the marine unit is monitoring the Solent, and the Commercial Vehicle Unit is performing checks on vehicles that could be used to disrupt events.

Assistant Chief Constable Dave Hardcastle said: “We have been working hard with the event organisers, local businesses and the community to help ensure we deliver a safe and successful event for everyone. We are deploying many different security tactics in and around the city, so I hope people are reassured and not alarmed by this activity. It is all part of our policing operation to keep you safe. This policing operation will be among the largest in Hampshire Constabulary’s history. 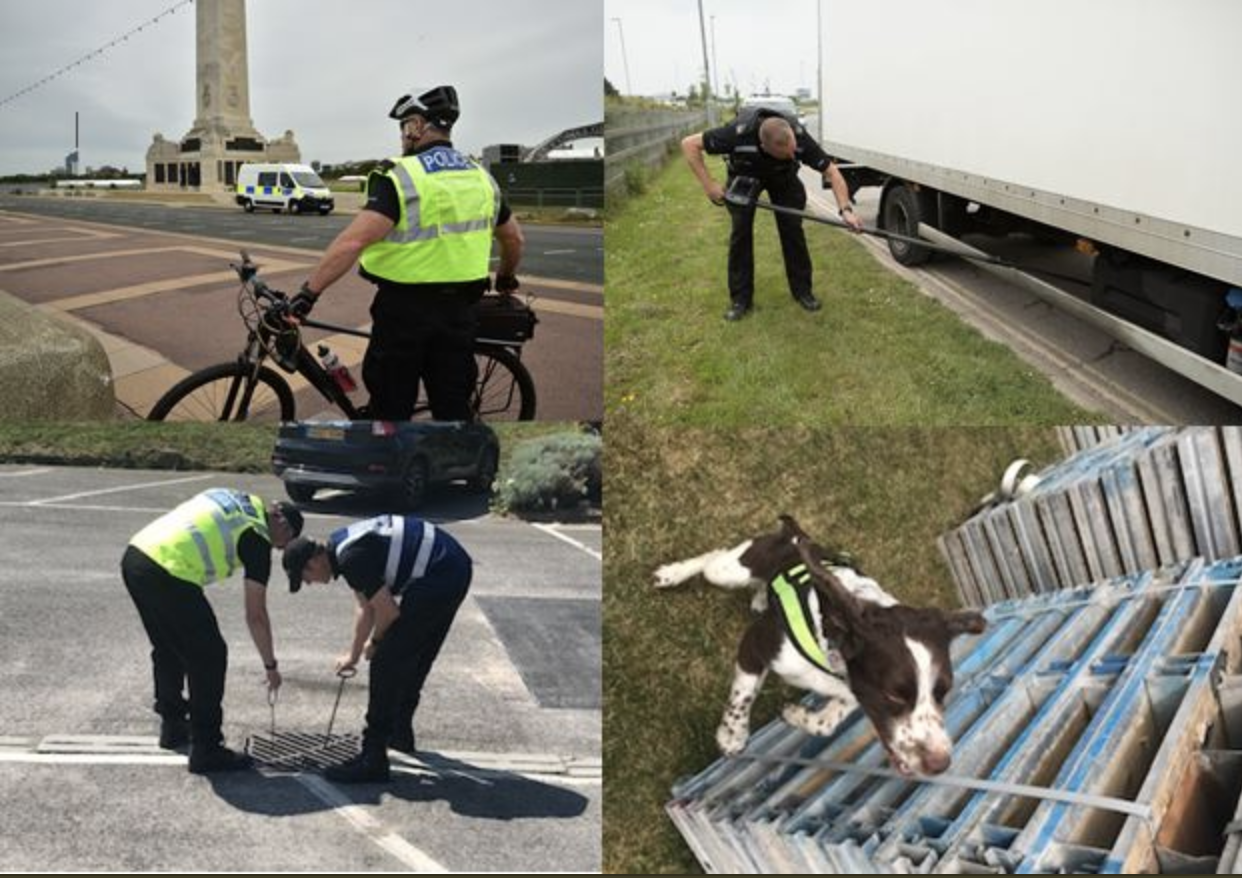 The Commissioning team have been monitoring the applications being submitted to the Commissioner’s office this week as part of the current grants round which closes on 7 June 2019. Projects and organisations from across Hampshire, the Isle of Wight, Portsmouth and Southampton are invited to submit an application for funding up to the value of £15,000 as part of this grants round for projects that support the vulnerable, and reduce reoffending. There will be another grants round later this year for funding opportunities up to the value of £50,000. To view details on the projects currently supported by the Commissioner, please click here.

Review of out of court disposals

Karen Dawes, the Commissioning Lead for offender management met with Youth Offending Team (YOT) managers and the police this week to discuss opportunities and issues around the use of ‘out of court disposals’. Out of Court Disposals are responses to crime that can be administered without taking the matter to court. They are a valuable tool in certain circumstances and can offer reparation and the opportunity to address root causes of offending. Out of court disposals and interventions connected to young people and adults are being reviewed by the Commissioner’s office in partnership with the police. This review includes a conditional caution for intimate and non-intimate domestic abuse, a potential conditional caution for Hate Crime, a conditional caution for female offenders and conditional cautions regarding victim awareness and substance misuse.

The Commissioner reviewed a number of Decision Requests this week, as part of his formal decision making process. This week he was briefed on and reviewed 10 requests from Hampshire Constabulary and teams in his office.