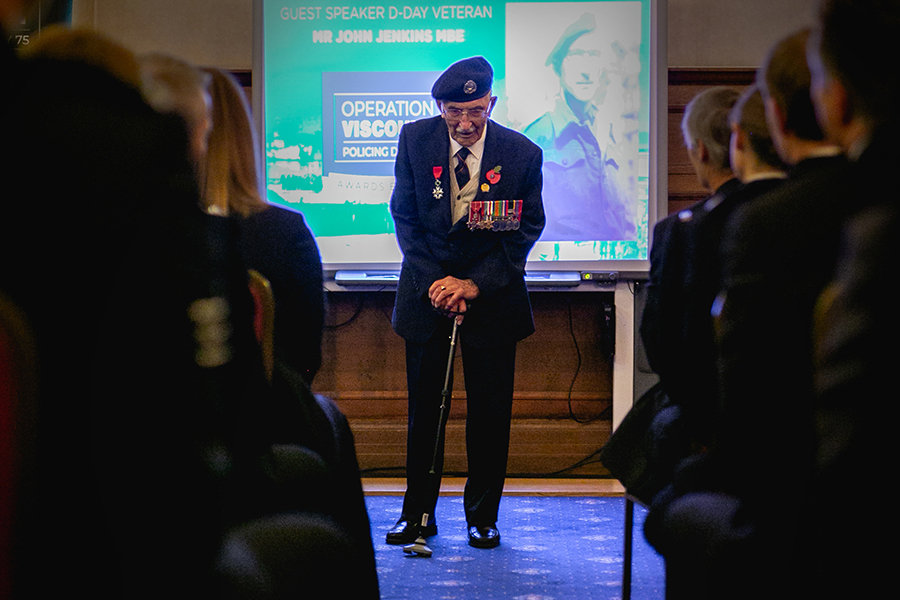 Michael Lane’s thoughts on the announcement of the death of John Jenkins D-Day veteran, centenarian and Portsmouth legend:

“John Jenkins represented the generation of heroes from D-Day with a distinction that matched his zest for life and Pompey.  I knew him for only a short time, but had the privilege of listening to him at the 75th D-Day Anniversary celebrations and on a number of occasions, before and since, when he was asked to tell audiences of his life.

“He was inspiring to the end and it is a real privilege to be amongst those who have a vibrant personal memory of him and some of his stories. I join the huge numbers who celebrate his life.”